Green Fields Renewal is a cooperative effort bringing activists and experts from diverse disciplines together to find solutions to situations which have previously caused tremendous suffering and loss to communities and individuals.

We are solving the problem using a step by step protocol which includes examining our own assumptions and accepting where we were mistaken or mislead by the multitude of disinformation campaigns carried out against us.

Our consultants include experts in cutting edge technologies for building, toxic waste management, health, and infrastructure, among others.

As a Rebuild America organization, we work with others who are committed to changing the way business is used as a tool today, believing in the efficacy of cooperative action applied to markets. Economics is a human tool. We are human. We will use the power of markets to serve the best of human goals, caring for each other while respecting the autonomy of the individual.

Green Fields acts both as an advocate and as a source for solutions which identify and apply approaches which alleviate the problem faced by individuals and communities impacted by toxic waste and other problems.

Working with specialists we find solutions and coordinate with all parties to ensure the solution is honest, transparent, reasonable, and just. 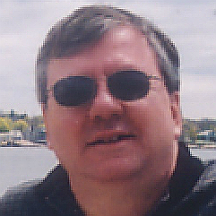 David Lincoln
Dave has extensive experience in all facets of environmental studies having worked for several major oil companies during his career as a petroleum geologist. In 1996 he walked away from a hefty salary and benefits, returning to the United States to begin work as an environmental consultant. He has been certified as an expert for purposes of litigation.

Melinda Pillsbury-Foster
Melinda has studied the evolving dynamics of political and social change since she was a young teenager.  She is also a columnist, self-published and published by others, the author of several books, and a published poet.


Most of her life has been spent in politics, working for social and justice reform from the convergent ideological position of left-libertarian. She is presently working on a book on the use of PR and political manipulation as tools of control by the corporate infrastructure, which she identifies as ‘Greedville,”


She long since came to the conclusion that, “most of the people I met in politics were more interested in burnishing their bottom line than in the betterment of humanity and the world.”


Today, Melinda focuses on the need to heal and move on, assisting those who need to recover from trauma or from their inborn inability to love and lack of conscience. A study of those carrying these characteristics  lead to a study of psychopathy. She has written numerous articles on the issue of psychopathy and sociopaths, who account, she believes, for many of our present problems since they behavior, including lack of a conscience and empathy, is not accounted for by our legal and court systems.


Helen is a life-long activist for Peace, Justice, and Care of the Earth. 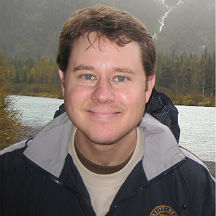 Nathan has traveled to 45 states and the District of Columbia as well as 24 foreign countries.  He is also fluent in German, conversant in Brazilian Portuguese, and knows some Spanish.

Nathan’s international transactional experience includes representing global banks as well as finance ministries in cross-border lending, securitization, and government bail-outs of failed financial institutions while an associate at the world’s second-largest law firm, Freshfields Bruckhaus Deringer LLP (FBD), in its Frankfurt and London offices. At FBD, Nathan was a member of the Asset-Backed Securities Team (ABS Team) of the Structured- and Asset-Finance Division of the Finance Practice Group and his work focused on ECB-eligible CMBS origination, ECB-eligible automobile loan and lease securitization, ECB-eligible CDO-squared, cross-border loan origination, factoring, and over-the-counter derivatives (including an in-house assignment at Goldman, Sachs, & Co.), as well as bank restructuring.

Nathan worked for renowned partner Andreas Bartsch, who drafted much of the legislation passed by German Parliament for the German bank bail-out and architected the structure used for the bail-out. Under Andreas, Nathan represented state and federal finance ministries and drafted many of the bail-out contracts.

And Profound thanks to Hart Williams for his masterful research and articles on the Kochs. 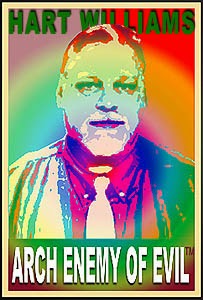